Burn your boats on the shore! While trying to get a deal, Peter Jackson, father/genius/director/producer of the Lord of the Rings Trilogy, was making the studio rounds pitching Lord of Rings as a two part movie. All studios had passed on the project when he arrived at New Line Cinema’s door. During the first part of Jackson’s meeting with New Line’s co-chairman Robert Shaye went worse than expected. Then Jackson showed him the test reel that included proposed shooting locations and some test special effects. Shaye response was, “Why don’t you make a trilogy instead?”

In the end, smallish New Line had committed to spend $270 million on a trilogy with each film opening on successive Christmas’s.  And while tax breaks, merchandising deals and the like (supposedly?) reduced New Line’s financial exposure to only $20 million per film, Shaye was gambling his company. He was laying it all on the line, if not financially, certainly with respect to his reputation.

The history and evidence is rather clear that the Vikings explored and discovered as well as plundered, murdered and wreaked all sorts of havoc throughout the Northern Hemisphere. The Vikings were also known to be fearless and ruthless warriors. One of their actions can be used by the aspiring and ambitious managers to help their organizations to create value. After they landed their boat on some distance land and as they departed to fight the local inhabitants (enemies?), the leader would have the crew burn their own boat on the shore. Then they went into battle with the image of their burning boat at their back.

Were they crazy!! Why did the Vikings do that? There seems to be three major reasons. First, it was to strike fear and panic in the hearts of their opponent. Man has always had this love/fear of fire. The awesome sight of a burning ship on the beach could probably be seen for miles, certainly emphasizing the point, “We are here!”

Second, the burning ship was strong signal to the enemy that the Vikings were serious and committed. Given that they had destroyed their only way home, the enemy must have taken that as a sure sign that this was going to be an extremely tough battle.

Third, it was a signal to the Vikings themselves. The burning of their ship clearly made the point that the only possible way home was to win the battle. It reinforced their own level of commitment.

What the burning of the ship did was to crystallized the moment and force the Vikings to leap into the unknown. They could not timidly step into the unknown; they were violently thrusted into the abyss.

Business is war. I am not the first (or last) to say that, but you should believe it. 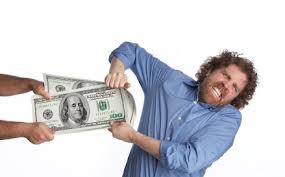 Read More
EEntrepreneurship
Separate people from their money. What this really means is to put people in the position that they… 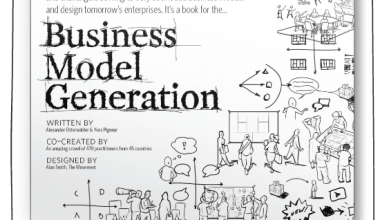 Read More
EEntrepreneurship
I will be teaching a new course called – Business Model Innovation. It will start in mid October. …

Read More
MMediaCasts
Another clip from CrossTalk. Here I sum up the reason people start a business.

Read More
EEntrepreneurship
Myopia, deafness and paralysis work together to handicap many firms. Firms can’t see opportunities or have no vision…